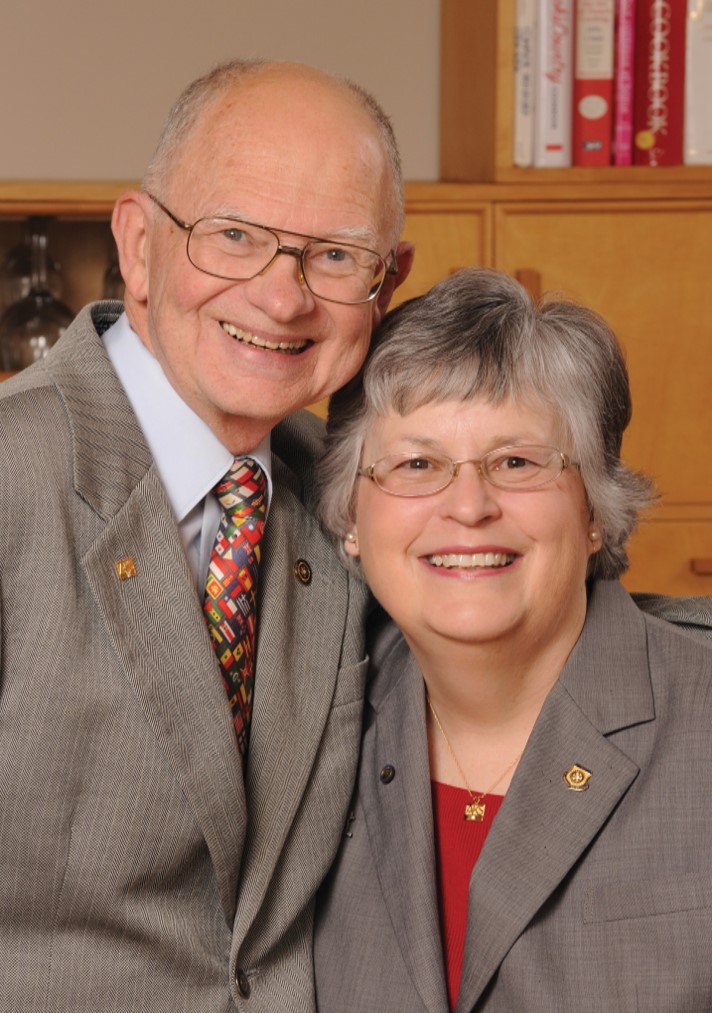 Marilyn and Ron Bedell’s gift will support nursing education.
Photo credit: The photographer is unknown at this time

In the mid-1970s, Marilyn Bedell, a new assistant nurse for the oncology unit at Mary Hitchcock Memorial Hospital (MHMH), added an unusual task to her Christmas to-do list: write a thank-you note to a man named Will Flatow.

Will’s wife, Betty, had been treated for ovarian cancer at MHMH, and after Betty’s death, he made a contribution to the hospital with the simple request that it be used to enhance the work lives of oncology nurses.

As an administrator, Marilyn hadn’t known Betty Flatow as well as some of her colleagues, but she considered the gift a blessing. “One of the challenges of leading a group of nurses in the Upper Valley back then was that we didn’t have many opportunities to get out and see what was going on in our profession elsewhere,” she says. “And that’s so important.”

Marilyn shared this in her letter to Will, along with the excitement of nurses who had attended a national conference. Year after year, Will gave, and year after year, she wrote. “He’s the one who told me that if I really admired what the staff was doing, then I, too, needed to think about how I could contribute,” Marilyn recalls. “I made a commitment to give every year—whatever I could give back.”

When Will passed away in 2000, his estate funded the Betty and Will Flatow Oncology Nursing Fund. Marilyn, then the associate director for oncology nursing at the Norris Cotton Cancer Center, stayed in touch with his children and supported his daughter during her fight against breast cancer. Then in 2013, when making their estate plans, Marilyn and her husband, Ron, decided to make their own bequest to the Flatow Fund.

Marilyn’s personal experiences with cancer—losing her mother to breast cancer and lymphoma and her sister to ovarian cancer—deepened her appreciation for the role oncology nurses play in the lives of patients. That appreciation came through in her work and profoundly affected her unit, according to Linda von Reyn, former chief nursing officer at Dartmouth Health Medical Center. “She was a tremendous role model for young and experienced nurses alike,” Linda says. “She has a deeply rooted sense of what it means to be a professional nurse.”

Marilyn retired in 2007 but still works as a consultant. “I’m still passionate about oncology nursing,” she says. “And someday, Ron and I may be the ones needing cancer care. I feel very secure knowing that Dartmouth Health Medical Center is just three-and-a-half miles away.
“It’s nice for us,” she adds, “to know that our bequest will help the special emphasis on oncology nursing continue after I’m gone.”

If you don’t find the information you’re looking for here, please contact Cate Meno, Director of Annual Giving,
at 603-646-5794 or
Cate.Meno@Hitchcock.org

Ways to make a gift